The Baha’i teachings enshrine a system designed to maintain an atmosphere of freedom of thought and true freedom of conscience while simultaneously fostering a climate of dignity, security and stability. There is no priesthood in the Baha’i Faith but there are institutions designed to safeguard the integrity of the community. Explicit instructions in the Baha’i Writings define how these institutions are to operate, guaranteeing unrestricted individual belief.

“Just as in the world of politics there is need for free thought, likewise in the world of religion there should be the right of unrestricted individual belief. Consider what a vast difference exists between modern democracy and the old forms of despotism. Under an autocratic government the opinions of men are not free, and development is stifled, whereas in democracy, because thought and speech are not restricted, the greatest progress is witnessed. It is likewise true in the world of religion. When freedom of conscience, liberty of thought and right of speech prevail—that is to say, when every man according to his own idealization may give expression to his beliefs—development and growth are inevitable”
(-Baha’i Writings)

This administrative system is designed to stimulate and accelerate the personal growth and understanding of the divine teachings that happens when minds are truly free to explore reality without the hindrance of dogma, and in an atmosphere where a certain level of respect for the law of God is maintained.

“…the conscience of man is sacred and to be respected …liberty thereof produces widening of ideas, amendment of morals, improvement of conduct, disclosure of the secrets of creation, and manifestation of the hidden verities of the contingent world.
(-Baha’i Writings)

“Who can measure the heights to which human intelligence, liberated from its shackles, will soar?”
(-Baha’i Writings) 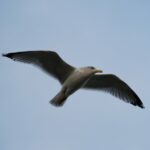 Baha’i Communities everywhere are driven by the conviction that the unity achievable by consultation is the change that is needed today not only at the local level but in the world at large as well. This subject of consultation and unity is an important focal point of the Revelation of Baha’u’llah – a well-established and thoroughly explained component of the new Divine teachings sent by God in this day as a remedy for a suffering humanity. Baha’u’llah describes consultation as “the lamp of guidance which leadeth the way and …the bestower of understanding”, and considerable space is devoted to development of this theme in the Baha’i Writings.